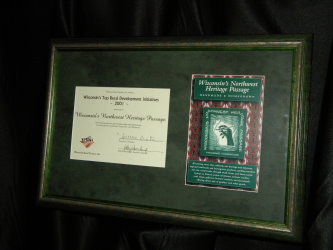 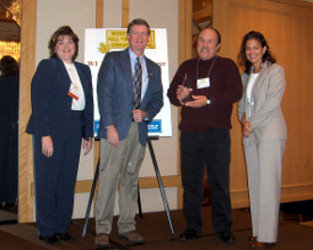 Wisconsin’s Northwest Heritage Passage (WHNP) was born in the summer of 1999, when a small group of individuals inspired by the tourism guidebook,The Craft Heritage Trails of Western North Carolina, had a vision to publish something similar for northwest Wisconsin.

The Passage founders believed that people interested in arts and crafts would enjoy learning more about what products were available in the region, how they were created and who were the people who created them.

The first map was published in 2001, with expanded second and third editions following in 2003 and 2009. In total more than 75,000 maps were distributed to tourism offices throughout northwest Wisconsin. In November 2001, the Passage was recognized as one of the Ten Top Development Initiatives by Wisconsin’s Rural Partners. In 2004, the Passage received a “Wisconsin Trailblazer Award.”

In 2009, the Passage board envisioned publishing a book similar to the North Carolina guide that inspired the Passage’s founding. The guide was titled The Wisconsin Passage; An Adventure in the Handmade, Homegrown and Historical offerings of Wisconsin from the Mississippi River to Lake Superior. Researched, assembled and written entirely by volunteers under the direction of Alene Peterson and Janet Krokson, the book was published in 2011.

In 2013, the Passage opened a gallery called Arts in Hand, fulfilling its mission to support and showcase the work of northwest Wisconsin artists and fine crafters.This first gallery was located in downtown Spooner, behind a quilt shop that had a storefront on Walnut Street. Staffed by volunteer artists, this created another opportunity for customers to meet the people who created the art.

In 2014, a storefront at the corner of Walnut Street and State Highway 63 became available when a tavern closed. Thanks to the building’s local owners who recognized the value of the arts for the downtown economy, the WNHP board was able to secure the site and moved the gallery to its present location at 210 Walnut Street where it opened in May 2015.

By the summer of 2021, Arts in Hand Gallery had grown to be a favorite stopping place for tourists and local shoppers alike. The original concept of staffing the gallery with volunteers has continued. Since most of the volunteers are artists, customers have an opportunity to not only meet the people who create the art but to learn more about the creative process.

In the summer of 2021 many changes were made to the Gallery including a new branding ID and fresh new storefront.

Coming in the summer of 2022 is Studio 210, a new event space located above the Gallery, which will provide a much needed regional place to hold classes, art exhibits, etc. for our members and the arts community at large. This will further fulfill our greater WNHP vision and mission as an arts advocacy organization.

When:Dates and times vary
Where: Check at the Gallery for detail on dates and times
Call 715-635-9303 or e-mail Arts In Hand

Below is the current Board of Directors. Board members are elected at the annual general membership meeting held each October. They are volunteers who help promote the organization, make financial decisions, and guide the direction of the organization. 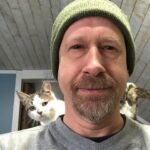 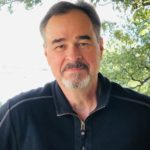 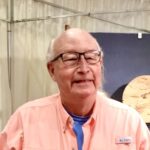 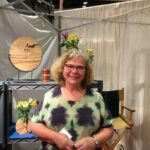 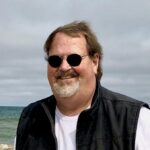